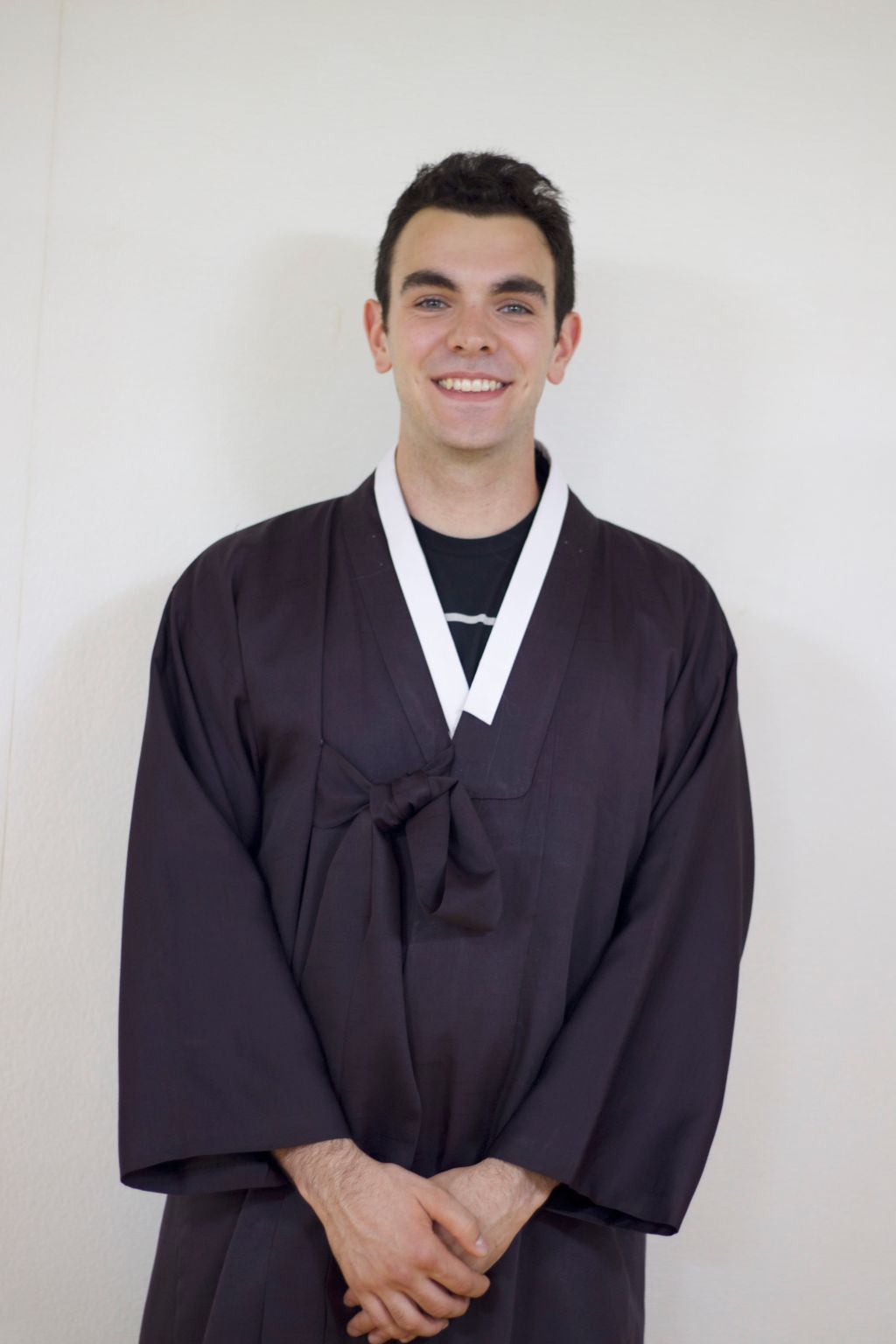 Before I left for Korea, I was told by a couple of friends that it was fairly common for younger locals to approach you on the street and try out their English skills with you. So when I was stopped outside our hostel in the Hongdae neighborhood of Seoul by two young girls, I was open to having a conversation.

The hardest thing about talking with someone whose English is a little rough is that sometimes you can’t figure out what the hell they are trying to ask you. You end up focusing a lot on their grammar and the simple meanings of their words instead of understanding their intent. And this is how I ended up following these girls back to their cult temple.

I like to think of myself as a fairly streetwise person, so I was rather upset with myself when I realized I had fallen for a scam. The conversation from our short train ride seemed perfectly normal: The two girls were college students who studied art and design and had the afternoon off, which was why they had invited me back to their studio to see some of their work.

We talked about school, music and the social norms of our cultures. As we neared their studio, the topic switched to miscellaneous bits of information about Korean history, which included some talk of religion. We entered their building and sat down on the floor of a plainly decorated room. It wasn’t until this point that I realized what kind of trap I had fallen into.

Two other young Korean girls entered the room with another white guy. We met eyes as he walked in and saw the “oh shit” look in each other’s faces. Shortly after, in walked two more Koreans with an Australian girl in tow. Little by little, the room began to fill with unsuspecting foreigners who had fallen for the same trick that I had.

Things got a little weird from there. We were all asked to remove our shoes, don robes and bow to a painting on the wall (that we weren’t allowed to make eye contact with). Now I don’t know much about East Asian religions, but I knew enough to be able to tell this wasn’t something most traditional Koreans do.

My first instinct was to get the hell out of there, but they had taken my shoes, so as long as things didn’t get dangerous, I decided I was going to stick this thing out until there was an appropriate exit. The ceremony ended, and my hosts asked if I wanted a picture in my robe. I thought this might make for a good story, so I figured why not.

Afterwards, they broke out a table and began to bring food into the room. My shoes were still being held hostage, so I really had no choice but to participate in the feast. My hosts asked what I thought of the ceremony, and I decided that it was probably in my best interest if I turned the tables and pretended I didn’t know what they were asking me in my own language.

The conversation began to wind down, and I told them that I had to meet my friends back in Hongdae. They seemed reluctant to let me go, but understood and returned my shoes. Before I left, they gave me a brief aside about the safety of the souls of my ancestors. If I did not volunteer my time or donate to the temple, then my ancestor’s spirits would be trapped in purgatory.

That sounded pretty awful, and I didn’t want to take any chances, so I gave them 2,000 won, about $2. They also said that if I told anyone about the ceremony then the same thing would happen, so in hindsight I guess I wasted a couple of bucks.

As far as cult experiences in Korea go, mine wasn’t half bad. I got some free food and learned an important travel lesson without getting into serious trouble. The next day I learned that it’s common for similar situations to happen in Seoul, but instead of getting fed you just get robbed in an alleyway. I probably won’t be accepting any more offers of going home with any locals in my remaining time in Korea.

iThere are no comments

Begin typing your search above and press return to search. Press Esc to cancel.